"Tell Me Your Story"
On Tape; on CD; in Publication;
or on the Web
Create your ORAL HISTORY
Help bring genealogy, old photos alive

Click on image
for examples and
"how it's done"

Oral history can come from "ordinary" and "extraordinary" people spreading understanding by "telling the story" of their times and experiences.

Remembrances of your life, times, loved ones can be recorded for later listening on cassette or on CD, with or without transcription into written form.

Before memories dim, stories surrounding "family trees" and old family photos can be brought alive to live on in the minds and hearts of later generations.

The end product can be private, published, published on demand, or published on a website (see an example), with audio downloadable to anyone with a computer.

Frederic A. Moritz, an experienced journalist, university teacher, and writer can help you pass on your memories, your experiences, the people you have known. the times through which you have lived. (Download an oral history brochure in .pdf format).

He will work with individuals and/or groups at reasonable rates by the hour or by the project to conduct interviews or coach clients in other ways to record precious memories.

Moritz also can coach young people in planning and executing oral history projects to explore their own communities, to understand the impact of the past on the present and to bring contact and learning between young and the old.

Oral history can bring to life genealogical research by interviewing family "survivors" on their memories and the tales they have heard concerning family members from the past.

Oral history can zero in on "old" family pictures used as the basis for conversational interviews. Family legends tied in with the pictures can be explored, recorded - and/or published along with the pictures in many formats, including on a website which can be widely shared either locally or at a distance.

For guidance on techniques used in gathering oral histories, see Indiana University Center for the Study of History and Memory and Step-By-Step Guide to Oral History.

See also What Did You Do in the War, Grandma?, Women in Journalism, Voices of Civil Rights, and Oral History of the Disabilities Rights Movement. See also American RadioWorks online voice snippets of oral history around how Americans experienced the December 7, 1941 attack on Pearl Harbor and the September 11, 2001 attack on the Twin Towers.

For a popularized "oral history" project designed to encourage short, informal recordings of relatives and others, see StoryCorps - Interview Your Loved Ones. Library of Congress Veterans History Project contains audio, visual, and written oral history material on veterans' experience in several wars (Voices of War.)
Check out a listing of a variety of oral histories done for different purposes by different individuals and organizations.

Moritz' own "oral history," based partly on "interviewing himself," is Predicting Surprise Attack: Is it Negligence or an Impossible Task? This deals with his reporting of Chinese military actions in Asia, as well as intelligence analysis and the 9/11 attacks. 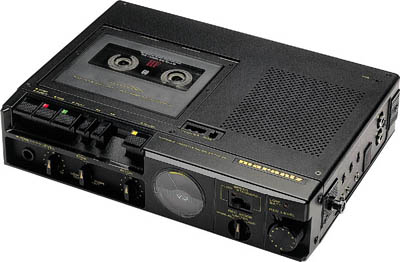 Work with me to keep alive the people who have influenced you: the parents who raised you, the grandparents who shaped your image of the past, the brothers and sisters, the aunts and uncles, who made up the family from which you came. Look back at the family you produced: children, how they came into your life, challenged you, learned from you, taught lessons as they grew.

Work with me to bring alive your experiences in the changing times through which you have lived. Paint pictures of the Depression, World War II, the '60's, the Vietnam War, and the beginnings of the Space Age. No story is "too small." Each story is a painting from the past.

Work with me to bring alive the changes you have lived through -- such as small towns to city; self reliant farms to centralized Walmart; big, close families to smaller scattered ones; strong unions to low wage globalization; chatting on the front porch to chatting on the Internet. Even the "commonplace" is a portrait of changing horizons.


GENEALOGY AND MORE: WAYS TO USE ORAL HISTORY

Young people can do oral history projects to explore their own communities, to understand the impact of the past on the present and to talk with and learn from the "older generation." Oral history projects in community and residential work can involve older people with a sense of worth and continued contribution to society. 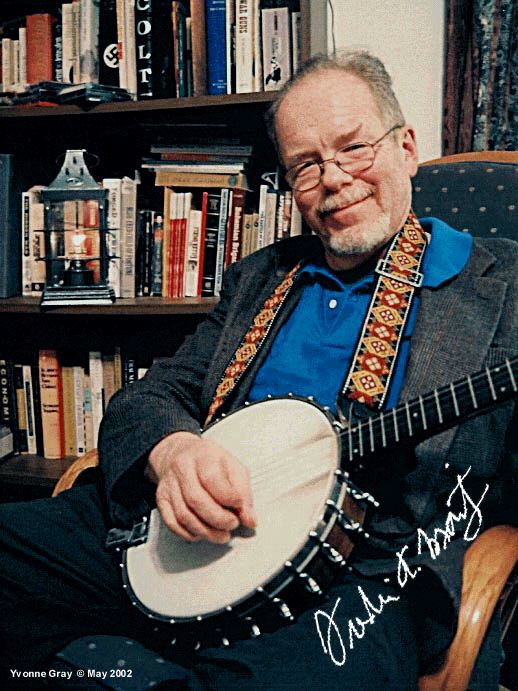 Frederic A. Moritz is a teacher of writing who has taught and practiced journalism since 1971.

He was trained as historian, political scientist, and journalist at Oberlin College, the University of California, Berkeley, and the Columbia University Graduate School of Journalism. He has vast experience and an "interdisciplinary background" in teaching and practicing the art of interviewing both in the United States and overseas.

Moritz has taught journalism and writing at numerous major universities after thirteen years as writer, foreign correspondent and editor at The Christian Science Monitor.

He left a Ph.D. program in political science at age 28 to begin his journalism career by serving snacks and delivering mail as a newsroom "copyboy" at The Monitor in 1971. He spent 13 years with that paper in Boston, California, and Asia.

Since 1988 Moritz has researched the history of American foreign correspondence focusing on human rights reporting as an international "watchdog," a kind of coverage which sometimes powerfully impacts US public opinion and foreign policy.

He maintains the web site American Human Rights Reporting as a Global Watchdog, a collection of research studies and research tools. A longtime interest is the relationship between journalism and intelligence analysis.

In late 1978 Moritz broke the story of China's coming invasion of Vietnam.

He used Chinese sources, his knowledge of Chinese history, and in-depth linguistic analysis of China's diplomatic warnings to report the military and diplomatic planning which Beijing set into motion for its February 17, 1979 invasion. More than 20,000 Chinese and Vietnamese died in the lightning 29 day Chinese assault across Vietnam's northern frontier. China sought to punish Soviet-backed Vietnam for invading Cambodia and to warn the Soviet Union not to intervene in China's back yard.

As Asia Correspondent for The Christian Science Monitor from 1976 to 1981 he covered developments with global implications including the death of Mao Zedong followed by transformation of Chinese society under Deng Xiaoping and the normalization of US - China relations. He traveled to and reported from China, South Korea, the Philippines, Laos, western Cambodia, Thailand, Burma, India, Malaysia, Singapore, Indonesia, and Australia.

Moritz also was a California based national correspondent for the Monitor, as well as a Boston-based reporter covering the environment and other issues (1971 to 1976). In California Moritz covered the 1976 trial of kidnapped newspaper heiress Patricia Hearst.