Apologies to Mark Twain: a tale of "Time Travel"

Kayak back to March 1862 with Frederic A. Moritz
for an eyewitness "blog" of the New Bern day
which "began" the strangling of the South.
Tales from the Civil War

Reporting from under the bridge which carries the wounded;
See where some wounded will be treated
"The Burnside" is more than a carbine 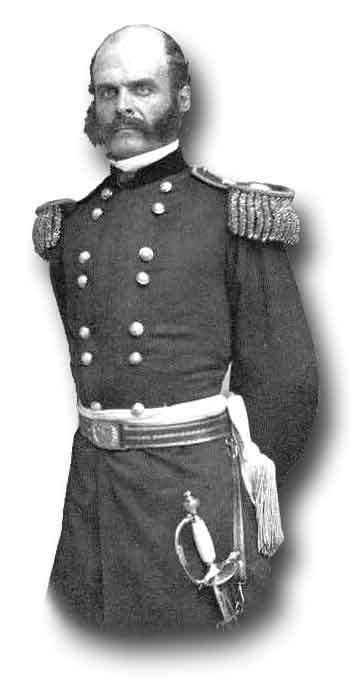 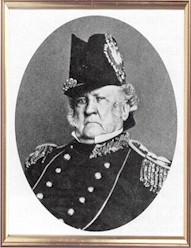 FROM VERACRUZ TO NEW BERN
"Old Fuss and Feathers" helped seal the rebel fate:
Winfield Scott had resigned at 75 - but in Burnside's hands his
"Anaconda" blockade strategy begins a later fatal squeeze.

Despite the best efforts of rebel re-enactors (above),
'Ol AMBROSE BURNSIDE clearly won the day

Click here for a "kayak's eye blogger's view"
of the topics below:

COMING OF THE GHOSTS
STUCK WITH THE MISSION....WHY ME, OH LORD?
BEGINNING OF THE END FOR THE SOUTH? WINFIELD WINS HIS GAME
LET'S HYPE IT UP A BIT, BOYS! RACE TALK!!
WHERE FORMER SLAVES WILL LEAVE A MARK
I'VE HAD LOTS OF EXPERIENCE -- BUT MOSTLY IN THE FUTURE
THIS IS NO TIME TO "FLASH LAMINATE"
THE ROAD TO BATTLE: IN THE SHADOW OF VERACRUZ
'OL AMBROSE KNOWS HOW TO MOVE!
'OL AMBROSE WILL TAKE RISKS TO GET HIS WAY
SCHOOLED BY A QUAKER IN HIS DAY
WINFIELD'S DREAM IS UNDERWAY
"SHOCK AND AWE:" MOVIN' AND BOOMIN'
'OL ABE WANTS HIM A "TOP GUN"
HOW BURNSIDE WILL SCREW UP BIG TIME
AT "THE CRATER" - BURNSIDE MEETS "COLD MOUNTAIN""
THE ROAD TO "COLD MOUNTAIN"
BURNSIDE REDEEMED -- A LITTLE OR A LOT?
WHAT OF THE REBS?
A BLOODY RETREAT
A SENTIMENTAL JOURNEY
LAST TRAIN TO KINSTON TOWN!
THE YANKS ARE IN NEW BERN...FOR NOW
THE SKIRTS OF YANKEE LADIES FLUTTER
AH, SWEET VICTORY! 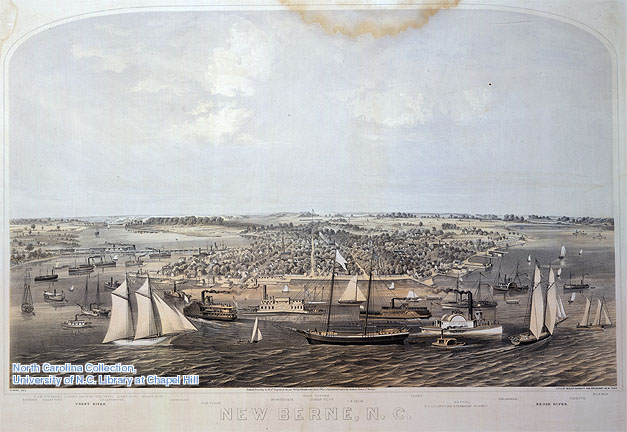 BURNSIDE WINS HIS NEW BERN GAMBLE,
THEN PLAYS HIS LAST CARD
AT "THE CRATER"

When you play the slots at Reno, Nevada casinos, remember Jesse L. Reno, the Mexican War veteran. He led the Union's left flank March 14 to break through rebel defenses along a line of mounds, trenches, and barricaded trees five miles south of New Bern.

Eight thousand of Ambrose Burnside's 12,000 had put ashore at Slocum Creek the day before in one of the most ambitious amphibious operations of the 19th Century. It was a game 'Ol Ambrose was destined to win, partly because he was so bold and partly because the rebels were so weak.

Ambrose Burnside was a "top gun" of the day. After his victory at New Bern, Abe Lincoln selected him for his daring to be the new top Union commander. Disaster courted him in reverses at Antietam, Fredericksburg, and the "Mud March."

Then came final disgrace in his disastrous attempt to mine the Confederate lines before Petersburg, Virginia on July 30, 1864. See The Crater" meets "Cold Mountain.". Burnside took a leave of absence and was never called back to the war. 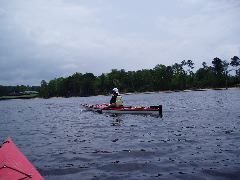 Slocum Creek beachhead: where Burnside landed
in the "shadow of Veracruz"

Burnside from Rhode Island was a risk taker, a man who in his youth loved to try his hand with river boat gamblers. No matter that his childhood teacher was a Quaker, that his Indiana father was influenced by Quaker teachings, that he was known for kindness and compassion.

'Ol Ambrose could pour it on, up the ante, send in wave after wave to be shot down, if necessary -- as he later did when commanding the Union defeat at Fredericksburg, Virginia in December 1862. As he was to do again at "The Crater" disaster before Petersburg, Virginia on July 30, 1864.

At New Bern his star was high.

Could it be that Burnside learned a bit about amphibious landings from what General Winfield Scott did back in the Mexican War? Few Civil War generals could be ignorant of the exploits of the venerable Winfield Scott.

Burnside was known for his interest in amphibious warfare, for training his Rhode Island regiments in those skills. True, the 8,000 men Burnside landed at Slocum Creek were a smaller force than the the 12,000 Scott landed at Veracruz in 1847 for the dusty six months march to take Mexico City. But the method was similar.

'Ol Winnie put his men ashore south of Veracruz -- to spare them from bombardment. Then softened up that Mexican coastal fortress by cannonade from land and naval guns.

Fifteen years later the Federals use similar tactics to take New Bern: landing at a safe spot, Slocum Creek, some nine miles south of Rebel defended Fort Thompson. Staying away from enemy guns, until the time was right.

The Confederate line stretched more than a mile from its left at Fort Thompson by the Neuse River (north of Thurman) across and to the west of the Atlantic Carolina Beaufort--New Bern railroad. Rebel General Lawrence O'Bryan Branch fielded some 4,500 men (Map).

The Confederates dammed a tiny eastern tributary of Brice Creek to create barrier marshes in front of their positions around their right flank west of the railroad. Trench fortifications were reinforced before the battle. But green rebel militia defending the brickyard near the rail line broke when thousands of bluecoats under Reno's command attacked north along the west of the tracks.

The 26th North Carolina under Col. Zebulon B. Vance, later wartime governor of the state, fought a delaying action on the Confederate right before retreating west across Brice Creek. Part of the area where the 26th did battle is now occupied by the Taberna golf and residential development. Not far from the center of the rebel defense, just east of Highway 70, is the Craven County Fairground, just across from the adult video shop.

Notes Will Gorges in the "Newsletter of New Bern Historical Society:"


"The majority of the Confederates had not yet been issued military uniforms and most were armed with second class muskets, antiquated flintlocks, and assorted sporting rifles and shotguns.

"The Union troops were armed for the most part with the modern Springfield rifled muskets and the English Enfield rifles, both of which utilized the deadly "minie" ball bullet. 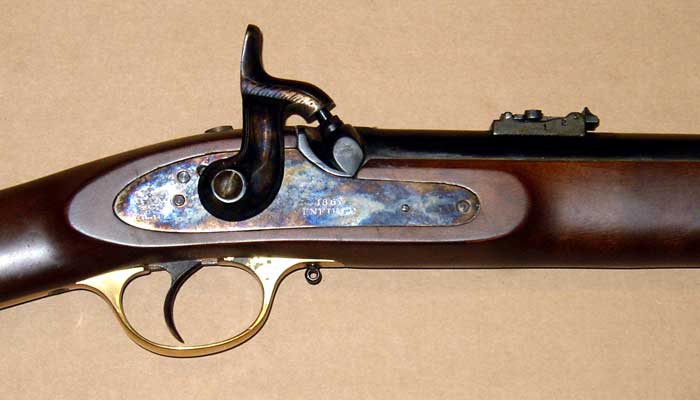 "Amidst the roar of naval cannon bombarding the shore and woods in the direction of the Confederate line, blowing the tops of trees apart and showering the troops below with fiery fragments of iron and wood, the early hours of March 14, 1862, proved to be a fatal test of combat for the Rebel forces."

Retreating Confederates straggled into New Bern, some on hand cranked railroad handcars, some swimming the Trent River after fighting a rearguard action across Brice Creek.

Back in New Bern travel with me by kayak "time machine" for my own blogger's eyewitness view of the Confederate retreat. 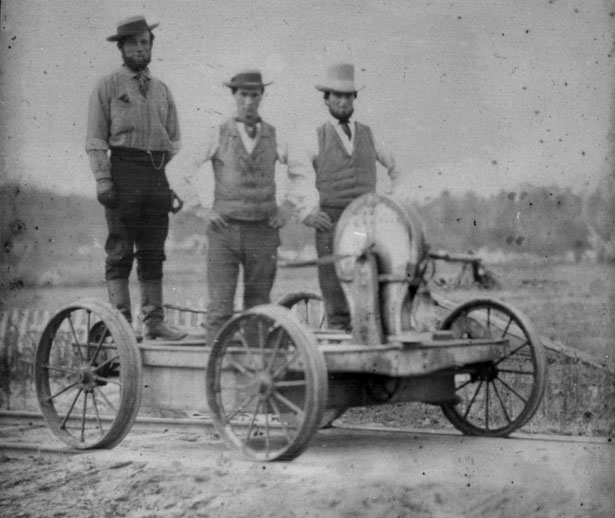 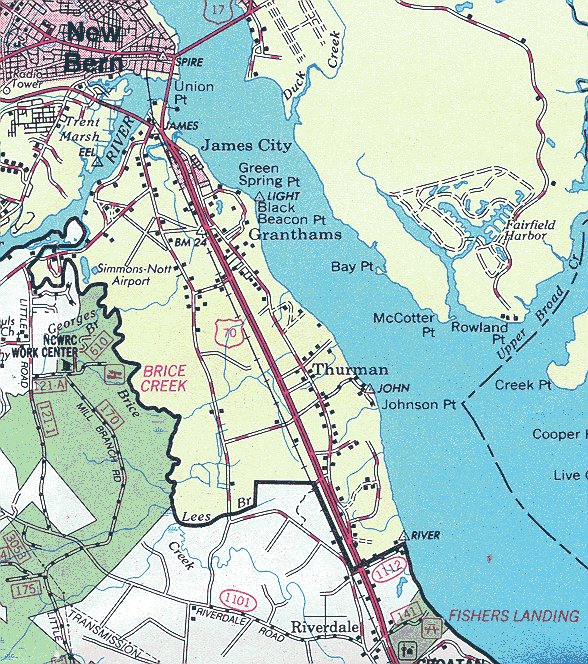 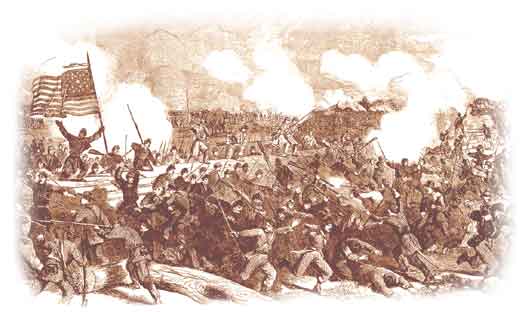 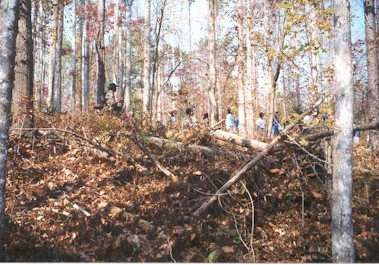 THE BATTLE FOR NEW BERN: TODAY This correspondent paddles toward a bridge to the past

Copyright ©2003 Frederic A. Moritz
All Rights Reserved
Citation Permitted Only With Credit