THE ELDERLY: STAYING CHEERFUL
WHILE LIVING ON THE EDGE 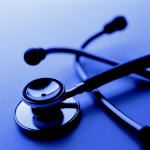 The pictures located around the room tell of a time spanning many decades, a testament to years of a life fulfilled.

Now, as 86 year old ''Mary'' lives on a daily basis, the focus is not necessarily on finding adequate health care, but what she can do to make her remaining days as lively and jovial as those of the past.

Mary's story isn't one of proverbial ''tough luck,'' or one where every day is a titanic battle in the sea of dependency.

WHEN THE BILLS COME IN

Despite Mary's upbeat nature, her mood quickly turns serious when confronted with the possibility of mounting medical bills. Monthly payments can certainly be made, but Mary wonders aloud if accumulation were to occur, what would happen?

''There are many expenses per month that don't take a break. Something such as surgery would probably take an entire months paycheck, and if this were to continue, they're not liable to take me,'' Mary said.

In this battle for adequate care, Mary, as is consistent with a majority of the retired elderly population, draws from two main avenues for sustenance and financial support, Social Security and Medicare. While this may seem like a meager sum, Mary sees no problem with it. 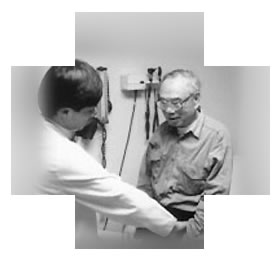 ''I think there's only so much to go around. If I were out there working to support a family, I am almost certain that I would like more benefits than if I were sitting here in retirement,'' Mary said.

DEPENDENT BUT NOT COMPLAINING

Despite a substantial level of dependency that Mary now faces, there is indeed very little complaining regarding the state of the American health care system, as it pertains to the elderly. Indeed, there is no system of care that will satisfy the needs of everyone, and that further concessions will have to be made before any positive changes are made to the system.

Even with a spirit of understanding and concession, expenses do indeed arise. Chronic arthritis of the hands and knees have the ability to send Mary to a doctor's office on a regular basis. As such, prescription costs begin to enter the picture for the elderly population

With Social Security and Medicare presenting themselves as the only two avenues of income, a substantial sum has the potential to accumulate.

And with only $786 entering Mary's coffers for the month of October, what kind of challenge exists for Mary, the newfound accountant?

''There are some months where I come awfully close to using it all. I like to think of myself as an accountant when that happens, as I try to balance my 'checkbook','' she said.

But there have been closer calls for Mary.
Aside from doctors visits that Medicare pays a credible sum for, there have been some emergency procedures performed over the past several years. Following what appeared to be a mild heart attack, an emergency angioplasty had to be performed. According to Medicare's hospitalization plan, Mary would have to pay $876 out of pocket for any hospital stay up to 60 days. Therefore, if the payment is considered as one lump sum, Mary is already in debt if the $786 monthly Social Security payment is considered.

Among these expenses are $250 in rent that she pays as a resident of an elderly apartment complex. Prescription costs range from $175-$200 per month for various arthritis and blood pressure medications, and supermarket spending usually incurs $100-$125 over the course of a typical month.

Following other miscellaneous expenses, Mary estimates that $100-$150 is left for emergency situations. As such, that surplus is no match for a sudden series of emergency procedures.

Fortunately, Mary has a son who is more than willing to lend a helping hand when needed, but he stays out of her financial well being as much as possible, in a simple effort to grant Mary as much independence as possible.

DOCTORS KNOW HER PRESENT IS THEIR FUTURE

While in the hospital, Mary reported a positive experience regarding her treatment. She attributes this to the realization that she represents the futures of every doctor and nurse within the facility, that one day they will be in her position. As such, they are not as quick to cast negative stigma in her direction.

Admittedly, Mary is unaware of the issue of socialized medicine. However, she does express reservations overhauling a system that has stood for many years. In her advanced age, she does not expect to be overwhelmed with benefits.

However, as long as Mary is able to greet friends and strangers with a jovial smile, she will not allow the frailty of the system to defeat her uplifting spirit.

In a position where every remaining day must be lived to the fullest, she really doesn't have time to worry.

James Lewis is a junior journalism major at East Carolina University. In his spare time, Lewis consistently searches for ways to bring down the college football Bowl Championship Series, and is quite pleased at the prospects of a split national football championship in 2003. Lewis's passion for the sporting world is unparalleled, and looks towards the day where East Carolina steps onto the floor in the first round of the NCAA Basketball Tournament.