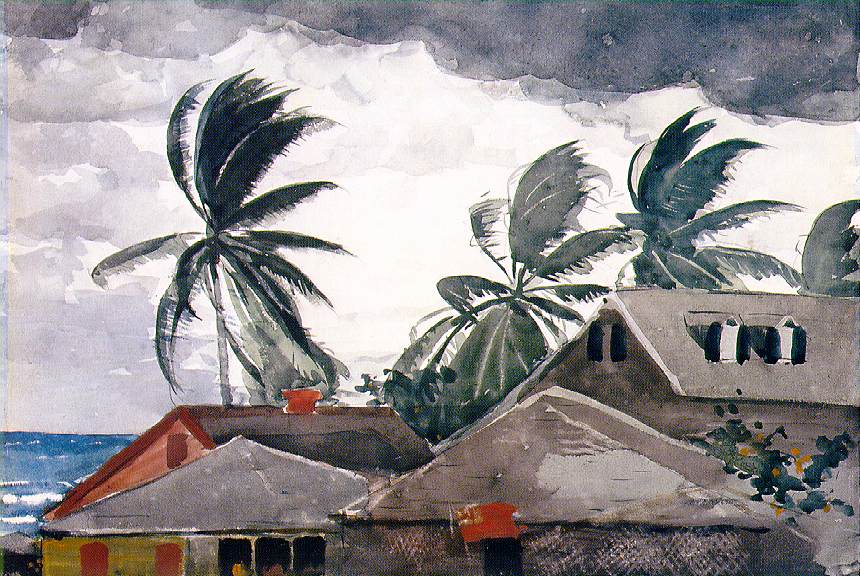 IT WAS A "REAL SHOCKER"

There on my TV screen was electronic media's portrayal of a primal force of nature -- a raging flood big enough to sweep away Noah's Ark.

Up there on the screen larger than life was a local reporter from the Greenville, North Carolina CBS affiliate, Eyewitness News Channel 9.

It seemed a scene worthy of CNN's Anderson Cooper, who less than a month earlier had leaped to higher celebrity by railing against the failures of federal authorities during Hurricane Katrina's assault on New Orleans.

It was the morning of September 15 -- and there I was in the midst of Hurricane Ophelia.

I was a comfortable refugee of sorts -- sheltered on the third floor of the harbor side Hotel Bridgepointe. The day before I had evacuated the vulnerable halls of my 14 by 70 foot mobile home in New Bern, North Carolina.

Out the window in the parking lot below was a real shocker.

The very same Greenville, North Carolina reporter I was watching on my TV screen in magnificently large disaster mode was there below me in the peaceful parking lot --- while his cameraman caught a tiny flooded stream spilling over a miniature wooden bridge.

There was no way this flood could sweep away Noah's Ark.

Television can frame a scene to make it "larger than life."

TV hurricane coverage can range from the hokey to the outstandingly competent. Sometimes it is both.

In the wake of Hurricane Katrina's devasting flood of New Orleans, television coverage of Hurricane Ophelia amply demonstrated the layer on layer of both accuracies and distortions, emotionalism and facts which media brings to coverage of disaster 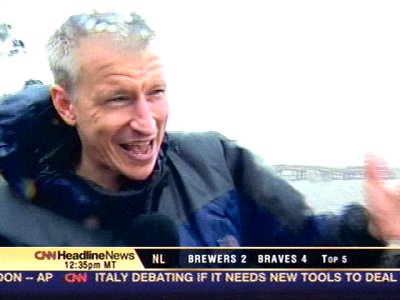 In the shadow of Anderson Cooper (above) 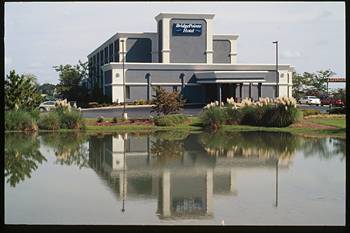 The Hotel Bridgepointe: no Noah's Ark 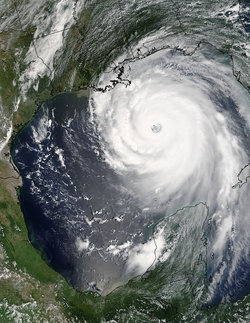 
Coverage of a hurricane is a microcosm of what media is all about -- and why we have so many, mixed feelings toward this form of entertainment and information which both shocks and informs our lives.

There are layers after layers of media performance:

*Media as a magnificent Cassandra -- hyping away impending disaster. Sketching out the worst possible case scenario of thousands dead, cities swamped. Raising ratings by spreading fear throughout the land.

*Media as a clearing house of information helping authorities to mobilize the public with preparations and/or evacuation.

*Media as posturer, leaning against the wind in rain drenched T-shirt and slickers - substituting false bravado and fragmentary glimpses of wind and water for solid reporting. Knowing little but explaining all.

*Media as a barking watchdog -- exposing the delays, confusion, lack of cooperation between local, state, and federal relief authorities when a city sinks beneath the water.

*Media as a source of information for out of touch bureaucrats, as reporters and cameras cut through the bureaucratic filters which sometimes shielded high officials from what was "happening on the ground."

*Media as an emotional participant spotlighting with damp eyes and little verification every statement, every rumor of crime, death, disaster.

Take New Bern's Channel 12, an ABC affiliate whose anchor man and woman worked round the clock during Ophelia:

Collecting by email citizen damage reports and photographs of flooding sent in by area residents via the Internet.

Recirculating the latest information so that both public and government agencies know better where danger lies, where rescues might be needed, repairs made.

TV the conduit through which government informs citizens and citizens inform each other, as well as government.

Another part of the puzzle during a "media storm."

Copyright ©2005 Frederic A. Moritz
All Rights Reserved
Citation Permitted Only With Credit