A PARENT's NIGHTMARE:
Strong insurance saves the day,
but a poor driving record casts
a dark cloud over a silver lining

How a family can afford a $200,000 medical bill for their son due to extraordinary medical insurance. But later, due to a poor driving record, the recovered son faces future risks because he has lost rights to be insured under that policy.

What started out as normal routine week for the Keller family dramatically developed into a parent's nightmare.

At the age of four years old a vibrant Alex Keller gets ready to board the bus for school. Weighing at about forty pounds on Monday Keller gradually, but drastically gained thirty pounds by Wednesday.

Nervous and fearful, Alex's parents took him to the hospital hoping for the best, but sadly it turned into a disappointing discovery.

Alex was diagnosed with Nephrosis, a kidney disease which causes the kidneys to over filter. Luckily, the Keller family had good medical insurance that would ensure young Alex's recovery.

USAA, a military medical plan, covered the majority of the expenses. Within the next year Alex spent several months in the hospital where he took around ten pills a day costing around $21 each.

Eventually, when things were not getting any better, the doctors suggested chemotherapy.

At the age of five years old Alex went through his first treatment of Chemo. Afraid and unknowing of the future he kept in good spirits and prayed for his recovery.

During the next five months he would have to face chemotherapy on a weekly basis.

After losing all of his hair, and becoming very week and fragile the doctors soon realized that the chemotherapy was going to be no help. The therapy sent young Keller into remission, but unfortunately a relapse was headed in his direction. 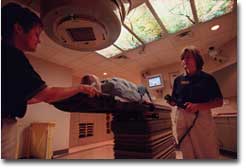 Alex continued to suffer from extreme weight loss and gain during the next ten years. He was caught in a cycle of remission and relapse that seemed uncontrollable.

Eventually, the doctors realized that the only cure for young Keller was going to be puberty. The doctors believed that with the growth of testosterone Keller's kidneys would stop over filtering and function normally.

By the time Keller was fourteen years old he had been in and out of the hospital for over ten years. He had experienced the horror of chemotherapy, spent many restless nights lying on a hospital bed, and took countless amounts of medication.

Throughout this scary and emotional draining time an overwhelming medical bill continued to rise.

Taking around ten pills a day that cost anywhere from $19 to $21 a piece and about 20 chemo treatments left the Keller family with a hospital bill of $200,000!

Thankfully, with USAA medical insurance, the family only had to pay around $50,000 out of pocket, a small price to pay for the life of a child.

Currently, Alex Keller is well and has not had a relapse in eight years.

Along with puberty, the doctors and his family helped him survive through this horrible experience. Things look bright for his future and there are no signs of complications, but it is no guarantee that it won't happen again.

Unfortunately, Alex has lost his insurance due to his driving record, so if it were to happen again he will not be so financially fortunate.

Allison N. Johnston is a junior at East Carolina University. She is a Communication major and is concentrating in Media Studies.