ONE SOLUTION: Work For A Better Job
To be a young single mother
deepens the health insurance trap

"God didn't promise days without pain, laughter without sorrow, sun without rain, but He did promise strength for the day, comfort for the tears, light for the way and courage and free will of faith to see us
through each one."
- A MOTHER'S FAITH


Out of all those never ending problems revolving around the cost of living stands the burden of having health insurance. True we live in a nation with wonderful health care, but that's only if you can afford it. Many Americans at some point in their lives have had to deal with trying to find some truly decent health care plans at a reasonable price. Others search for jobs that will give them just enough care to get themselves and their families over the hump. Which one are you?

As a result of lots of changes in the health care area, many people have been left by the road side. Many Americans can barely afford the rising cost of health care for themselves or their families.

And how do they cope if they have been "single mothers" from an early age? 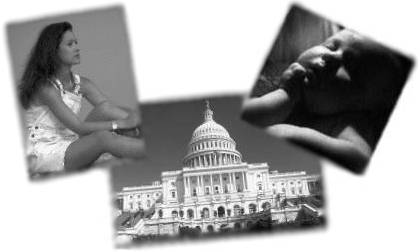 A SINGLE MOTHER STRUGGLES TO SURVIVE
Imagine waking up everyday at 6:30 am to go to work. While you are leaving your house you take a quick glance at a kitchen table not covered with plates or food but covered with bills and paper work. On top of those bills you have to pay for repairs on your car just so you can get to work.

All of the bills and car repairs take a big chunk out of the check you get from work. Your income every week is just a little over two hundred dollars a week. Now add in two little boys that you have to dress and feed. Now imagine that one of you gets sick and you don't have any health care or you do but it's not enough.

What do you do? All of this sounds nearly impossible to live with. It almost sounds like a dream. But this dream is a reality for a local Greenville woman working at the Dollar General.


THE HARDEST CHALLENGE OF ALL

The young women who wishes to be kept anonymous, thinks this is the hardest thing with which she has ever had to deal. She is 25 years old and she had her first child when she was a senior in high school.

After graduating from high school she went on to college. Having one child and going to college was hard but I managed to do it she said. The unthinkable happened to her midway into her freshman year in college, she got pregnant again. At that point the young woman noticed that everything had become twice as hard. Bills began to pile up and her parents were not able to help her as much as she needed. She had to drop out of school.


WHEN THE INSURANCE COMPANY DROPS YOU

After the birth of her second child the young woman realized that she had an even larger problem. While she was in the hospital she found out that her second child could not be covered under her parents insurance. The insurance company said that she and her first child were a great risk on her parent's plans, due to some past complications with her first child. Now she has to deal with all the hospital bills, plus the any health problems which occur with her first child because the insurance company dropped them both.

"I love my children to death," is all she could say when asked about what her job had to offer as far as insurance goes. She began to get very emotional when she started to talk about all the times she had to go without eating because her Child's ear infection medicine cost so much. She also went on to talk about how her job only allowed her to work only thirty hours a week to prevent her from qualifying for insurance that only managers were allowed.

The young lady has a plan to get herself out of the mess she is in. She plans on working at the Dollar General until she has enough time under her belt to be eligible for the manager spot.

Due to some lay offs, she said it could be happening in the next few months. If she does not get the promotion, she plans on moving on to a better job.

She has already filled out applications at other jobs such as Moen and Dupont that offer benefits for their employees. "The pay checks are way bigger too," she said with a smile on her face. I also realize that I have to do whatever it takes to get back in to school. True the factory job will do for now, but I don't want to be stuck there like some of the others I know that work there.

Places like Moen and Dupont offer family benefits that cover things like going to the dentist, eye care, and emergency surgeries up to a certain amount.

"Even the cost of over the counter drugs can be costly. Medicine for colds and stomach aches will definitely empty your pockets. For things like that I may spend any where from one hundred to two hundred dollars a month.

"I have to worry about one getting sick because if he does I know his brother will too. This is because they are together most of the time.

"I just started to receive help with buying food, from the government. I am on a program called WIC. WIC allows me to get generic brands of foods for my family. That by itself is a blessing. So I am making it a little better. Now the only real big expense I have is child care. It cost me one hundred thirty five dollars a week for my boys to go to the baby sitters after school.

"I only pay about seventy dollars of that due to my parents help. The only down side is that if my child gets sick they won't allow him to stay at the center. So I have to take off work to take care of him. But that's OK because they don't get sick often. Overall I really am not concerned with insurance. I have more things to worry about that demand my attention right then.

"The thing that keeps me going the most are my two sons. Sure it's hard providing for them but I would not trade it for anything in the world. They bring out the best in me.

"When I feel like I can't take it anymore their smiles and laughter brighten up my day, when I pick them up from the baby sitters.

"As far as insurance goes I don't really think about it because if something is wrong my babies will be taken care of no matter what I have to do.

"I just depend mainly on my faith the lord that he will make a way out of no way. It's something my grandmother use to tell me; God didn't promise days without pain, laughter without sorrow, sun without rain, but He did promise strength for the day, comfort for the tears, light for the way and courage and free will of faith to see us through each one.

All I have left to say is that I deal with things as they come. If the insurance people can't see fit to help me then I just say oh well, and do it for myself."

Ronald Pou is a senior in Communications at East Carolina University. He is an accomplished football player.